The 5 Most Common Pitfalls of Virtual Reality

There’s always some hesitancy on how technology might positively and negatively affect us regarding any tech. While Virtual Reality has a host of positive benefits, let’s dive into five of the top pitfalls of virtual reality. These pitfalls include addiction prompts, fear of absorption, physical side effects, privacy infringement, and user mining.

Let’s take a look at these one at a time: 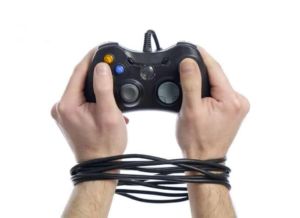 Addiction prompts in virtual reality are used through psychological tactics to keep a “user” engaged. The fact that people who entertain with video games are called “users” is already something to consider.

A recent article by the Mayo Clinic links to several studies that cited how “young adults who were addicted to online gaming showed lower volumes of gray and white brain matter than young adults in the control group who were not addicted to online gaming. Lower volumes of gray and white matter in some areas of the brain translates to increased difficulties with decision-making, impulse control, and emotion regulation.”

Some video designs trigger dopamine responses to keep people engaged in the platform. While this can seem harmless, any addiction can have long-term consequences on the person.

So, how can you avoid the addiction prompts?

According to WebMD, here are the top 3 ways to stop a gaming addiction:

And I’ll go ahead and add a fourth here: look for companies that are focused on benevolent technology. Even though plenty of companies are using these addictive mechanisms, there are many others creating platforms to help you learn and grow as a person and minimize any addictive prompts. You can see these in any company’s core values or mission statement when searching for them.

The danger of being absorbed in any form of technology, including virtual reality, is a significant threat to some people. While the fear of being consumed by the VR world is legitimate, it is no more temptation than 2D technology.

Because our society is virtually connected, reliant on computers, laptops, and smartphones to help us navigate our way through everyday tasks, the dependency on the online world is instilled into our lives. We are absorbed in technology.

But what about VR?

VR allows for a more significant physical embodied experience because it makes the body the controller. It will enable a more human experience than anything we have available,  creating better human connections.

In a tweet by Facebook CEO Mark Zuckerberg, he claims that virtual reality is a new communication platform. “By feeling truly present, you can share unbounded spaces and experiences with the people in your life. Imagine sharing not just moments with your friends online, but entire experiences and adventures.”

Experiencing the physical side effects of VR is a noted downfall of the platform. There have been many complaints of eye fatigue and nausea after using the headset for an extended period.

Although this is the case, studies by the National Library of Medicine suggest that visual fatigue after using VR is not significantly different from that after using a 2D display.

So what can you do about it?

To resolve any physical side effects of both 2D and VR technology, experts suggest simple solutions, including:

As the technology for this platform improves, more minor issues such as latency, freedom tracking, and the improvement of FPS (frames per second) speed and graphics will eliminate most of the side effects.

Most people do not know the power they give to companies by providing them with personal information. Even highly influential and big-name companies have struggled to respect users’ privacy fully.

These violations are common when consumers do not take the necessary precautions to protect themselves. When we post private information, we open the opportunity for hackers to breach and exploit our information.

How does this apply to VR?

Users fear using VR and AR technology because they believe the government is watching them.

“AR devices are an automated technology that systematically documents what we are doing, not only tracking the user’s information but gaining a telling window into the lives of all the bystanders around the user.” claims one source.

Sensors used in VR headsets include tracking systems that help determine where the wearer is (location), where the wearer is moving (motion), and what the wearer is looking at (orientation). Although this type of precise measurement can be uncertain, these sensors are necessary for VR to function to its fullest extent.

The importance of user responsibility again falls back on the user themself. There are ways to avoid hackers or third parties getting intimate details such as location or private identity-related information, such as

Ensuring that the company has good intentions and values customer privacy, along with the listed recommendations above, is the best way to prevent security infringement online. 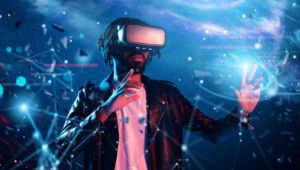 User Mining, or data mining, tracks the interaction between the user and the application interface. After capturing that data, it analyzes or “mines” to determine how each person uses the software. Companies can relate the charged interactions to specific business objects to understand how a business process is executed through the user interface.

This software will measure what the user is doing at various points during the software interaction, their patterns, correlations, and interactions. Then it will specifically and subconsciously market to the user based on the information it has gathered about the individual.

Although this might seem like a helpful tool, it becomes invasive when companies do not allow anonymous users to stay anonymous.

For example, Zoom engaged in undisclosed data mining during user conversations, revealing the identity of users who preferred to stay hidden.

This invasion of privacy is prevalent in any form of technology, even VR.

Nevertheless, user mining is a form of privacy infringement directly linked to the integrity of a company. Companies that value customer privacy will not implement this software into their VR apps.

While VR, similar to any other form of technology, has minor adverse impacts on the user, the solutions suggested above are beneficial ways to overcome any pitfalls one might experience. As a user, it is YOUR responsibility to follow the recommended safety guidelines and be well informed about the businesses you choose to be involved with. Enjoying the platform responsibly will allow the user to create better human connections in a continually improving virtual world.