How Much Does Training in Virtual Reality Cost?

We have all been the new employee at work; the struggle of remembering new policies, meeting new faces, and hours of training for unfamiliar tasks.

Companies are so specific and how they want employees to execute a particular task, requiring quality trainers who are consistent across the board. Not only can teaching at a corporate-approved level be difficult, but can also be costly.

Standard training requires many fluctuating costs, including trainer wages, material fees, and, because of how much technology has invaded the business world, tutorial videos. While these training fundamentals may have worked well in the past, a new era of higher quality, adaptable training is in the making.

In order to understand the cost of your training, let’s compare this type of technology-based idea with the standard instructor lead training format.

The initial transition costs over to VR technology will be more BUT it is important to look at the long-term value it will provide for a company.

In order to install a virtual reality training, there are two main hard costs that a company must be out for.

These fixed costs include:

The first fixed cost includes the company developing an individual program or app in order to execute the training.

Depending on the size of the company and the complexity of the app, some sources say this procedure can cost anywhere between $20,000-$75,000. Other experts have claimed that individualized programs can range from $100K to $1 million.

The second hard cost required is purchasing the actual headsets, which are about $300 apiece.

To put into perspective, Walmart has ordered 1700 headsets to be shipped to their stores, costing a whopping $510K in expenses for the mega-company.

While these numbers seem astronomical, these are the main two fixed costs the company will need to invest in order to complete this training program. Minor updating costs will incur along the way, these two major investments will actually save the company money in the long run.

Let me explain how…

Although standard training does not require massive initial cost, the smaller fluctuating cost of this procedure adds up over the years.

For example, some costs of standard training might include:

Having to pay for trainers to come in and prepare thousands of employees every month to be up to their company standard is expensive on its own. Include any equipment and material costs or the cost of the actual exercises and this number gets bigger and bigger, especially over the long term. 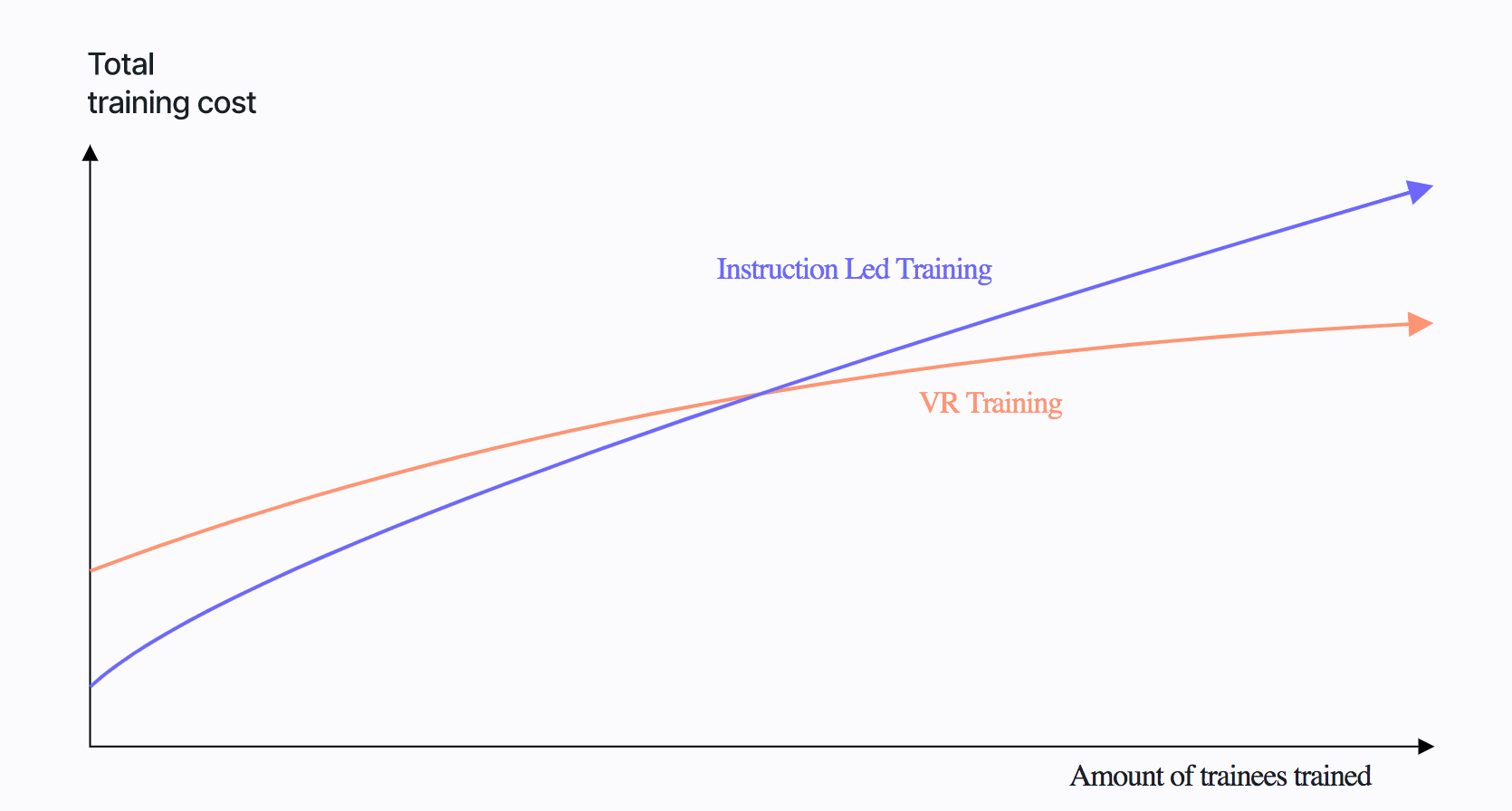 A graph provided by Aucta blog, based on a cost comparison study done by Wright State University College of Nursing and Health compares the cost of training with the number of trainees who had to be trained.

It shows that VR training is cheaper than standard instructor-led training in the long run, mainly due to the lack of fluctuating costs that are affected heavily by the economic market.

Because the market plays a role in each of the standard training cost mentioned above, knowing the true cost of training becomes harder to predict year to year

This information is especially true in high turnover jobs such as delivery drivers or construction workers, allowing new hires to learn from experience in a completely safe environment. 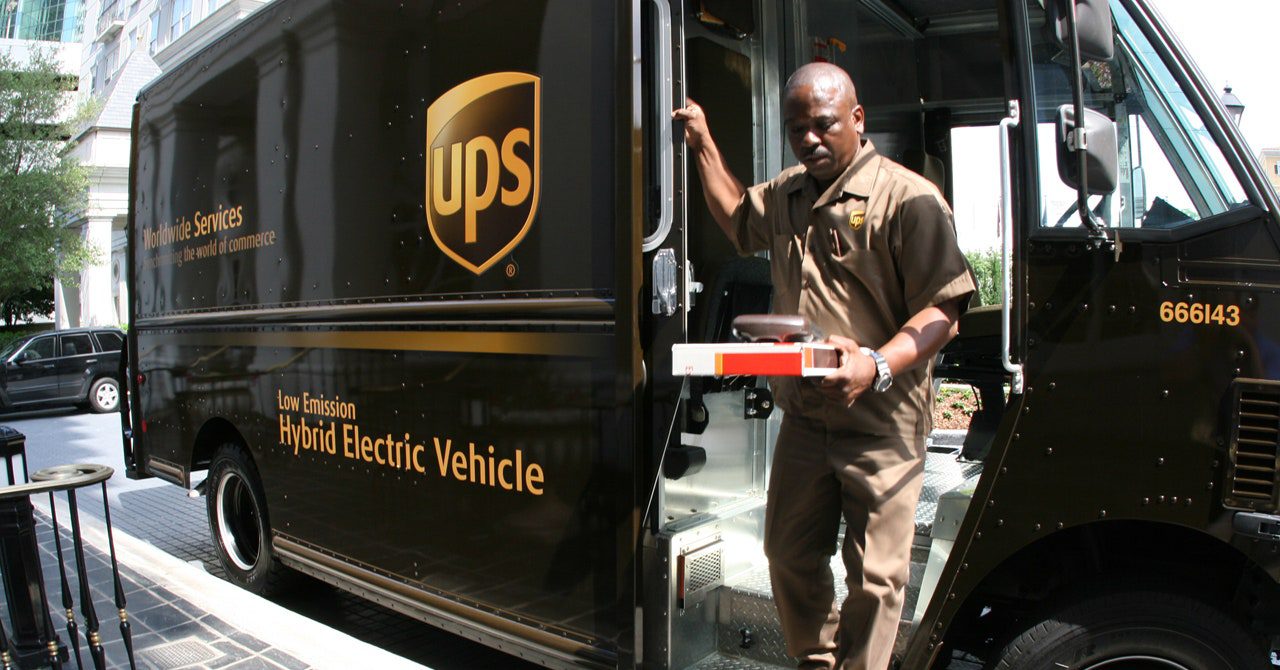 “VR creates a hyper-realistic streetscape that will dazzle even the youngest of our drivers whose previous exposure to the technology was through video games.”

Since adding the VR component, the retention rate has climbed to 75 percent.

Walmart launched a pilot VR project and saw massively successful results: Trainees reported 30% higher satisfaction and 10-15% more knowledge retention. Aside from this, the training medium allowed Walmart to cut their training time from 8 hours to 15 minutes and eliminate travel costs.

Similar to UPS, Walmart has seen retention rates increase once it used VR as a training tool. Test scores at its academies have increased 10 to 15 percent when students use VR.

Vr training also benefits high-risk professionals such as pilots. The technology is able to put pilots in challenging and uncomfortable real-life situations in a safe simulation. 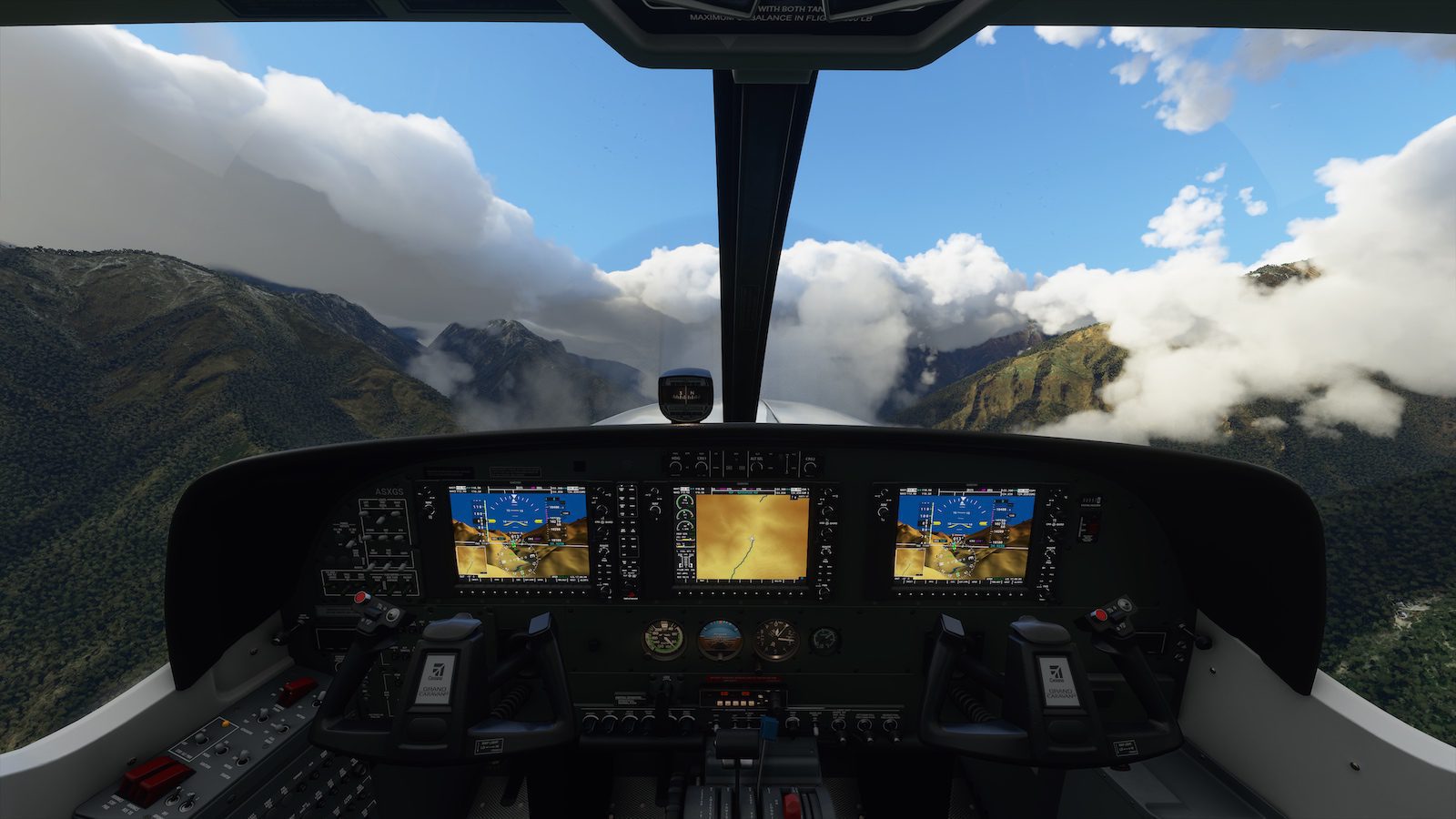 VR training has the unmatched ability to simulate, customize, and capture performance data for a wide variety of situations, offering the best long-term value option available on the market.